What is your age?

At what age do you want to retire?

When do you want to retire?

The current retirement age is 62 years, according to the minimum retirement age under the Retirement and Re-employment Act.
Back Next
How much will you need to retire comfortably?
Let's begin by estimating your monthly cashflow at retirement
Start

Expected monthly expenses at retirement
This may include food, utilities, travel, transportation etc. Enter in today's value and we will factor in inflation for you.
/ mth
Estimated CPF Life monthly payout
For Singaporeans and Singapore PRs only. The below is the estimated payout from a Standard plan and a Retirement account savings of $176,000 at age 55 which is the Full retirement sum (FRS). Please adjust the amount below after reviewing your personal circumstances here.
/ mth
Other expected monthly income when you retire
This may include rental income, allowance, payout from existing bonds.
/ mth
Calculate
Back
Help us create a profile
for your child.
My
is years old
She is a
She wants to pursue her studies in
Create profile
Where would you like your child to study? 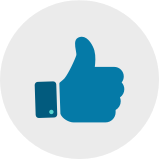 Congrats! You would have sufficient cashflow to meet
your retirement needs

Plan other goals
Based on your selection,
You will need
SGD 1,041,600
for .
You may have set aside savings and investments for your retirement
Add
How these numbers are calculated

If you have already set aside some savings or investments for ,enter these details here. Else, click on next button
Next
Back

Congrats! You would have sufficient cashflow to meet
your retirement needs

Back Plan other goals

Your plan has been saved.

Download your plan
Plan other goals
After adding your savings and investments for retirement
You have a shortfall of .
How these numbers are calculated
Try our Simulator to see how
you can reduce your shortfall.
Start
Back Start

Grow your money slowly but surely.

Invest in Endowment
Endowments help build a stable foundation.
Range of return:
0
+2.5%
With a 95% probability based on forecasted performance

Take a balanced approach in growing your money.

Endowments can help you build the stable foundation, and a unit trust portfolio adds flexibility and possibility to boost the return.

By combining these two products types, you can lower the risk while capitalising on market developments.

Invest in Unit Trust
A unit trust portfolio grants flexibility and possibility to boost return.
Range of return:
0
+29.5%
-14.4%
With a 95% probability based on forecasted performance

Decide on a simulation amount in SGD

For purpose of this simulation, this amount will be assumed to be invested into a portfolio at a growth rate of 5% You have seen the simulation of how an amount that you set aside
can help you reduce your gap.

If you are ready to build your goal, our staff can help conduct a financial needs analysis and recommend you suitable products.

Back Next
How these numbers are calculated
Back Next

By provision of your contact details, you consent for OCBC Bank to send Marketing messages related to the above content.

We are not making an offer, nor solicitation to buy or sell or subscribe for any security or financial instrument, enter into any transaction or participate in any trading or investment strategy with you through this document. 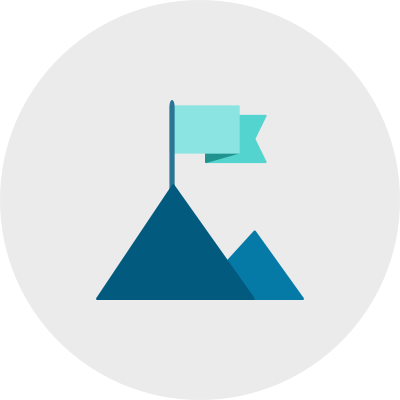 Congratulations on taking the first step!

We will contact you one year from now to review your goal.
Print your plan

Enter the Unit trust details from the customer's goal UT account no.

Thank you for reviewing your goal!

We will contact you one year from now to review your goal again.
Print your current plan
Ready to invest?

You have seen how a potential investment could reduce your shortfall

If you would like to keep a copy of the plan you made, please provide your details to us.

If you would like to continue this conversation, leave us your contact details and our staff will reach out to you

View some solutions that may help you reduce your gap. These include our Unit Trust model portfolio and Endowment plan Insurance product is provided by The Great Eastern Life Assurance Company Limited, a wholly-owned subsidiary of Great Eastern Holdings Limited and a member of the OCBC Group. Insurance product is not a bank deposit and OCBC Bank does not guarantee or have any obligations in connection with it. You may want to seek advice from a financial adviser before committing to buy the product. If you choose to not seek advice from a financial adviser, you should consider if the product is suitable for you. Buying a life insurance policy is a long-term commitment. An early termination of the policy usually involves high cost and the surrender value payable, if any, may be less than the total premiums paid.. This document is for general information only. It is not a contract of insurance or an offer to buy an insurance product or service. It is also not meant to provide any insurance or financial advice. The specific terms and conditions of the plan are set out in the policy documents. If you are interested in the insurance policy, you should read the product summary and policy illustration (available from us) before deciding whether to buy this product. We do not guarantee, represent or warrant that any of the information or to correct any inaccuracies. All information may change without notice. We will not be liable for any loss or damage arising directly or indirectly in connection with or as a result of you acting on the information in this document. This document may be translated into the Chinese language. If there is any difference between the English and Chinese versions, the English version will prevail.

How these numbers are calculated

The following assumptions are used in the calculation of the Goal graph:
Inflation rate

Inflation rate is based on a 10-year geometric average of the Singapore CPI.

This is the estimated amount required at retirement age to achieve your goal. It is calculated based on inflation adjusted expected expenses, net of expected income.

All investments (E.g. Endowments, Unit Trusts) are assumed to be liquated at start of retirement.

Regular endowments upon maturity are invested in lump sum endowments with similar rate of return. For Unit Trust, the dividends are assumed to be re-invested.

The OCBC Education Planner is designed to illustrate potential future education costs based on information provided by you and does not consider your specific investment objectives, financial situation and particular needs. The illustration shall not be regarded as recommendation or advice by the Bank. The amount calculated is meant to illustrate combined tuition and living expenses based on the assumptions below. Actual cost may vary depending on economic conditions. The information and analysis provided by these tools are based on various assumptions, which are subject to change at any time without notice.

Number of years to university

First-year average tuition cost is based on the average of latest first-year General and Medicine degree costs released by three sampled universities for each country:

For USA, Canada, UK, Australia and New Zealand, the amount is based on the figures available from Edupoll's study abroad website (www.edupoll.org).

For Singapore, this is based on the average of figures from three websites: NUS Office of Admissions (www.nus.edu.sg), NTU Undergraduate International Admissions website (admissions.ntu.edu.sg) and SMU International Students Useful Information (www.smu.edu.sg).

Inflation rate for tuition and living costs is based on 10-year geometric averages published by the statistics bureau for each country:

This is the estimated amount required at start of university age. It is calculated based on inflation adjusted tuition costs and living costs.

All investments (E.g. Endowments, Unit Trusts) are assumed to be liquated at start of university.

Any opinions or views of third parties expressed in this material are those of the third parties identified, and not those of OCBC Bank. The information provided herein is intended for general circulation and/or discussion purposes only. It does not take into account the specific investment objectives, financial situation or particular needs of any partifcular person. Before you make any investment decision, please seek advice from your OCBC Relationship Manager regarding the suitability of any investment product taking into account your specific investment objectives, financial situation or particular needs. In the event that you choose not to seek advice from your OCBC Relationship Manager, you should carefully consider whether the product is suitable for you. This does not constitute an offer or solicitation to buy or sell subscribe for any security or financial instrument or to enter into any transaction or to a participate in any particular trading or investment strategy.

OCBC Bank, its related companies, their respective directors and/or employees (collectively ‘Related Perons') may have positions in, and may effect transaction in the products mentioned herein. OCBC Bank may have alliances with the product providers, for which OCBC Bank may receive a fee. Product providers may also be Related Persons, who may be receiving fees from investors. OCBC Bank and the Related Person may also perform or seek to perform broking and other financial services for the prodcut providers.

No representation or warranty whatsoever (including without limitation any representation or warranty as to accuracy, usefulness, adequacy, timeless or completeness) in respect of any information (including without limitation any statement, figures, opinion, view or estimate) provided herein is given by OCBC Bank and it should not be relied upon as such. OCBC Bank does undertake an obligation to update information or to correct any inaccuracy that may become apparent at a later time. All information presented is subject to change without notice. OCBC Bank shall not be resonsible or liable for any loss or damage whatsoever arising directly or indirectly howsoever in connection with or as a result or any person acting on any information provided herein. The information provided herein may contain projections or other forward-looking statements regarding future events or future performance or countries, assets, markets or companies. Actual events or results may differ materially. Past performance figures are not necessarily indicative of future or likely performance. Any reference to any specific company, financial prodcut or asset class in whatever way is used for illustrative purposes only and does not consitute a recommendation on the same.

The contents hereof may not be reproduced or disseminated in whole or in part without OCBC Bank's written consent.